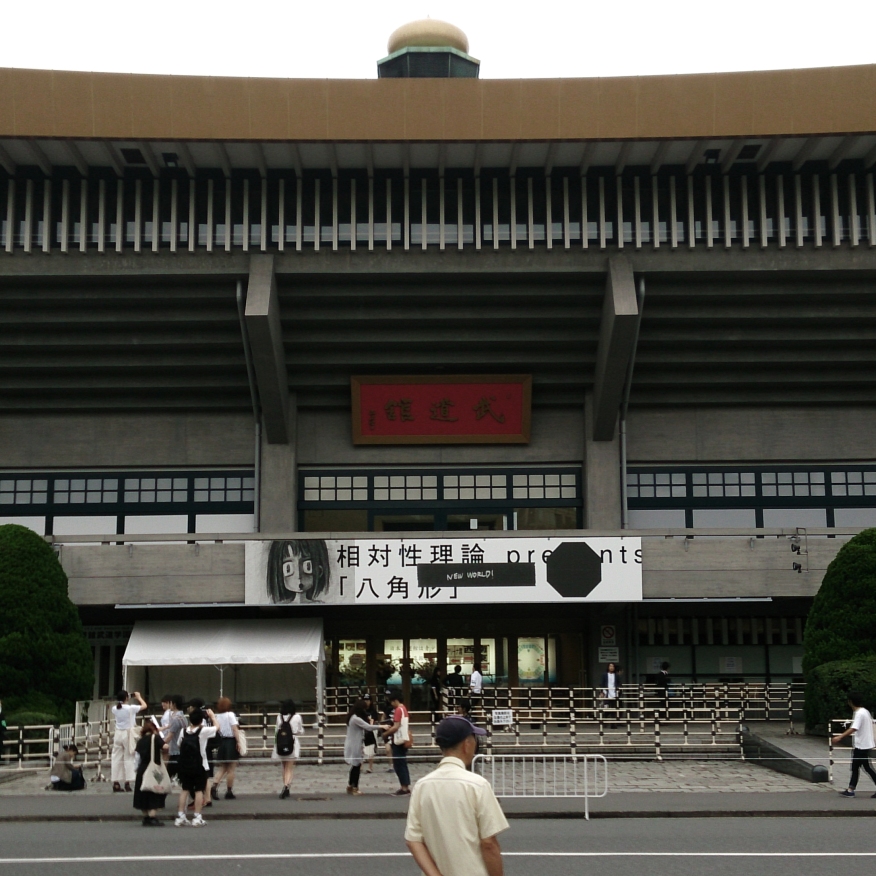 In 1964, the inauguration of two buildings designed by the Japanese architect Mamoru Yamada have sparked a lot of controvers. If the lighthouse shape of the Kyoto Tower was criticized by being too modern for the ancient city, the Japan Martial Arts Hall – Nippon Budokan – from Tokyo was criticized for being too traditional.

Built for the Judo competition of the 1964 Olympics, the Budokan’s architecture was inspired by an old architectural masterpiece, the Yumedono (Hall of Dreams) from Hōryū-ji, Nara, the most famous building of its kind. The architect preserved in its design both the underlying pedestal and the octagonal shape of the roof , with a big giboshi (sacred gem protecting against evil spirits) on top.