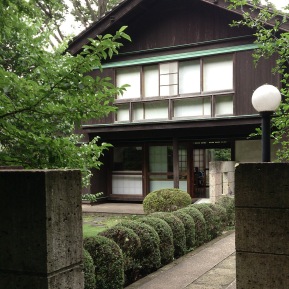 Kunio Maekawa is one of the most influential Japanese modernist architects who studied in France to apprentice for Le Corbusier and later designed the Tokyo Metropolitan Art Museum during the 60s. His original house has been dismantled and relocated to the Edo-Tokyo Open Air Architectural Museum. Maekawa house was originally built in 1942 during the wartime regime. The interior was a very exquisite blending of Japanese construction and Western functional taste. Unbelievable that it was made during the wartime especially with the shortage of materials.